On August 18th, a post titled “Son Ye Jin today” was published on the Korean online forum “theqoo” and immediately drew a lot of attention. The post consists of several different photos and videos taken at an overseas event of a beverage brand.

The netizens behind the aforementioned post explained: “This is an online fan-meeting held by the brand Nutriville in Indonesia. Son Ye Jin got bob hair.”

Apparently, a large screen was installed at the venue of such event, and Son Ye Jin, who transformed her image with a short haircut, communicated with local fans through a video call. The actress waved her hand while smiling and greeting fans. 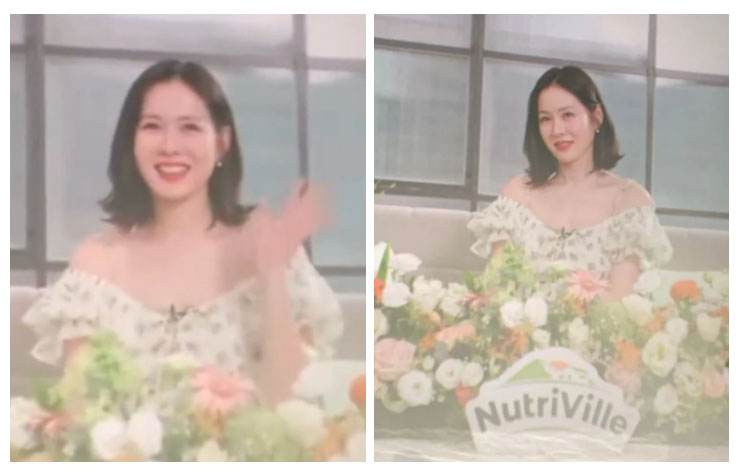 Local fans then filmed the event and posted it on the SNS platform Twitter, and the footage quickly made its way to Korean communities.

Son Ye Jin married actor Hyun Bin on March 31st. After her honeymoon, Son Ye Jin announced her pregnancy, and is due to give birth this year.