On Mnet’s entertainment program “TMI SHOW”, which aired on May 18th, the list of “most expensive real estate flex” was released.

Hyun Bin took 11th place in “The most expensive real estate flex star”. Hyun Bin bought a luxury villa in Heukseok-dong for 2.7 billion won in July 2009 and sold it for 4 billion won for the first time 11 years later. 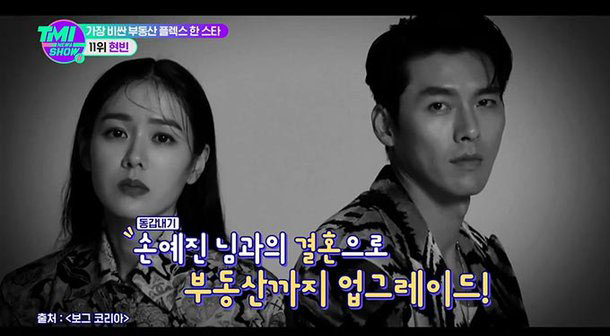 In addition, the multi-family house purchased for 4.8 billion won in 2013 has been rebuilt and is currently being used as an agency’s building. The current market price of this building is estimated to be more than 10 billion won. 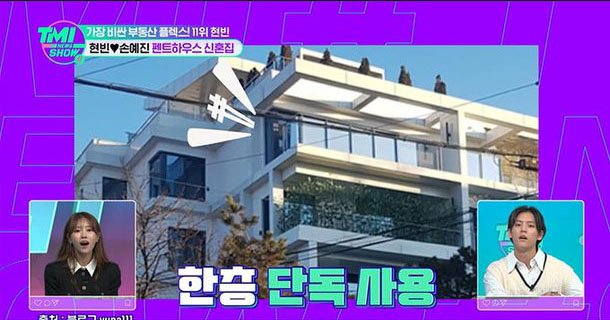 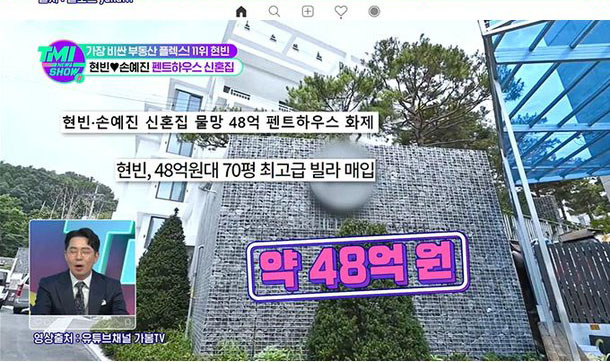 The newlywed house chosen by Hyun Bin and Son Ye-jin was the “W” luxury penthouse, which was a 7th-generation urban-type luxury villa. It is a house that uses one floor alone, where you can enjoy free drinks and wine on the first floor. It provides free interior renewal service every 2 years.

Besides, Hyun Bin’s penthouse is filled with luxury furniture brands, and there is a rooftop garden on the top floor. Hyun Bin surprised everyone by saying that he bought this penthouse for about 4.8 billion won. It was introduced that Hyun Bin has been working steadily since his debut, appearing in box office hits and building solid financial resources. He revealed that he and Son Ye-jin were both paid 100 million won per episode in tvN’s 16-episode drama “Crash Landing on You”. After watching this, real estate expert Park Jong-bok evaluated, “If the two maintain like that, a real estate conglomerate worth nearly 100 billion won could be created.”