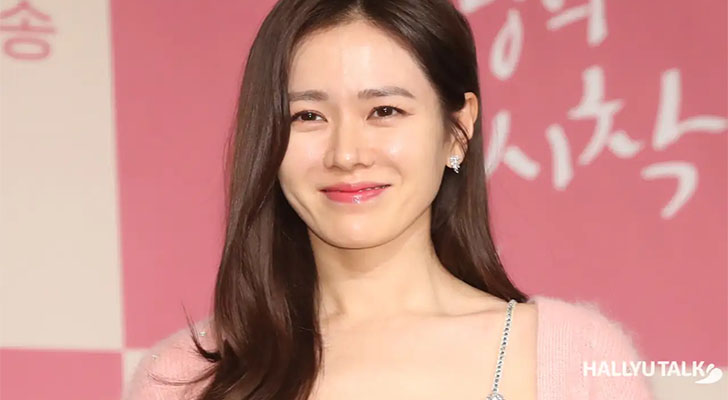 Son Ye Jin is an accomplished actress who became popular early in her career with dramas like The Classic and Summer Scent, which were followed by the commercially successful A Moment to Remember and April Snow. This earned her the nickname of Nation’s First Love. She has acted in dramas and films like My Wife Got Married, The Pirates, the 2016 films The Truth Beneath and The Last Princess, and The Negotiation. She has also acted in the successful television dramas Alone in Love, Personal Taste, Something in the Rain (2018), Crash Landing on You and Thirty-Nine.

The two, who acknowledged their devotion after the end of tvN’s ‘Crash Landing on You’ in January of last year, got married in March and became a couple. Later, at the end of June, she announced the news of her pregnancy, and on the 27th of last month, she gave birth to a son.

Here are some amazing moments from 2022 for Son Ye Jin :-

The two developed into lovers while working together in the movie ‘Negotiation’ in 2018 and the drama ‘Crash Landing on You’ the following year. Son Ye Jin and Hyun Bin got married on March 31st, after two years of dating, with the blessings of colleagues and fans. Becoming the top of the news ever since they confirmed their relationship, their wedding was one of the best of the year, named the ‘Wedding of the Century’. Hyun Bin gained widespread recognition for his role in My Name is Kim Sam Soon. Since then, he has appeared in leading roles in other successful K-Dramas like Secret Garden, fantasy drama Memories of the Alhambra, and romantic drama Crash Landing on You. Hyun Bin’s popularity was further widened by starring in a series of box office hits: the action thriller Confidential Assignment and its 2022 sequel

Three months after their wedding, in June, the news of her pregnancy was announced, and the public and stars congratulated her. On November 27, Son Ye Jin’s agency, MS Team Entertainment, told a South Korean media outlet that Son Ye Jin was originally scheduled to give birth in December, but she gave birth to her baby boy a little earlier. Both mother and child were healthy. Regarding the baby, a media outlet asked Hyun Bin who does the baby resemble more and he laughed and said that the baby boy has mixed looks but he is too young to show any outright resemblance but he is absolutely cute.

‘Thirty Nine’ is a real human romance drama about friendship, love, and in-depth stories about life of three friends, Son Ye Jin (Cha Mi Jo), Jeon Mi Do (Jung Chan Young) and Kim Ji Hyun (Jang Joo Hee), who are about to turn 40. Son Ye Jin plays Cha Mi Jo, a 39-year-old head of a dermatology hospital, Jeon Mi Do plays Jeong Chan Young, an acting teacher at Champ Entertainment, and Kim Ji Hyun plays Jang Joo Hee, a department store cosmetic manager and forever single. First of all, Son Ye Jin in the role of Cha Mi Jo, who has excellently blended the inherent anxiety of an adopted child who has suffered from so many things and her being wise and strong side as the leader of the three friends, said that Thirty Nine is like their life while watching the script and filming. She thought a lot that it was a similar story.

During her time, she always posted pictures of her food and one of the times she posted along with the caption ‘Happy brunch’. In the photo, Son Ye Jin personally plated a table for brunch. From bread, eggs, bacon, vegetables and fruits to coffee, you can see a simple but hearty diet.  Although it was not mentioned separately, they showed off the sweet daily life of the newlyweds with two forks on the table, arousing envy. Son Ye Jin and Hyun Bin don’t usually upload pictures of each other but in their updates, one can see how they live in the honeymoon phase by feeding each other and silently supporting each other at all times.

The movie ‘Classic’ starring Son Ye Jin, Jo Seung Woo, and Jo In Sung is reborn as a musical movie. The movie ‘Classic’, which was released in 2003, depicts the story of university student Ji Hye (Son Ye Jin) accidentally discovering a letter from her mother, Joo Hee (Son Ye Jin), who went on an overseas trip, and learns about her mother’s beautiful love story in her youth. Son Ye Jin and Jo Seung Woo, who were rising stars at the time, appeared in the lead roles.