From the image of a protective husband to their honeymoon trip, Son Ye-jin and Hyun Bin’s marriage is still the hottest topic

Hyun Bin and Son Ye-jin, whose “marriage of the century” drew much attention, have been enjoying popularity during their honeymoon.

On KBS 2TV’s “Entertainment Company Live” broadcast on April 21, the marriage of Hyun Bin and Son Ye-jin couple was mentioned during the “SNS News” segment.

Also during this episode, the ranking of “Top 7 Unexpected Friendships between Celebrities” was unveiled. In 7th place was Jo In-sung. Besides his famous friendship with the group of actors including Lee Kwang-soo, Do Kyung-soo, Lim Joo-hwan, and Kim Woo-bin, he is also close to professional golfer Park In-bee, a gold medalist at the 2016 Rio Olympics. Park In-bee is a long-time fan of Jo In-sung. She met him for the first time at a movie premiere and developed a special relationship with him ever since. 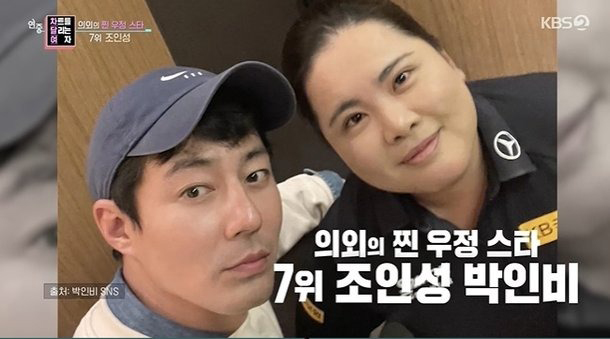 BTS Jin came in 6th place. Despite their 33-year age gap, he is maintaining a good friendship with chef and TV personality Lee Yeon-bok. The two first met in a program and became close. Jin also gifted chef Lee Yeon-bok fresh strawberries and a wine cellar he picked himself. They even went fishing together. 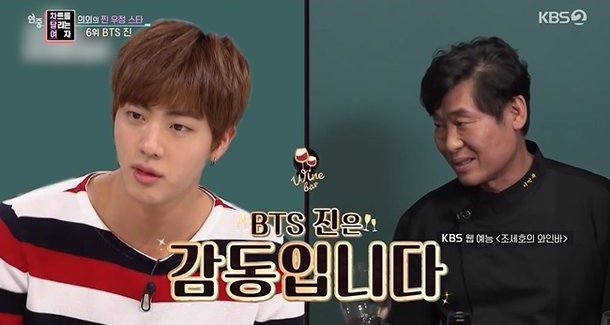 2PM’s Lee Jun-ho and Song Joong-ki ranked 5th place. They met during the filming of “Let’s Go! Dream Team” at the beginning of their debut and have stayed friends for 13 years. The two made surprise guest appearances at each other’s fan meetings and showed support for one another by sending coffee trucks to their filming sites. Song Joong-ki also expressed his wish to collaborate with Lee Jun-ho in a project, “I want us to star as brothers in a weekend drama. I want to play the role of a brother who rarely listens.” 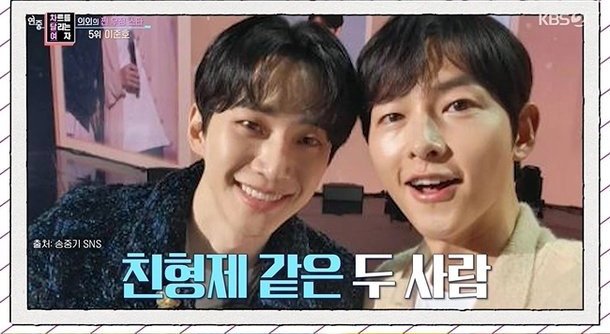 In 4th place are Lee Jung-jae and Yoo Jae-suk, who served in the military together in 1994. In the past, because Lee Jung-jae couldn’t wake up easily in the morning, Yoo Jae-suk came over, woke him up and helped him get dressed in a military uniform to go to work. Lee Jung-jae praised Yoo Jae-suk in a broadcast, “The department was supposed to plan the performance, but Jae-suk did it all. It was then that I realized how talented he was.” 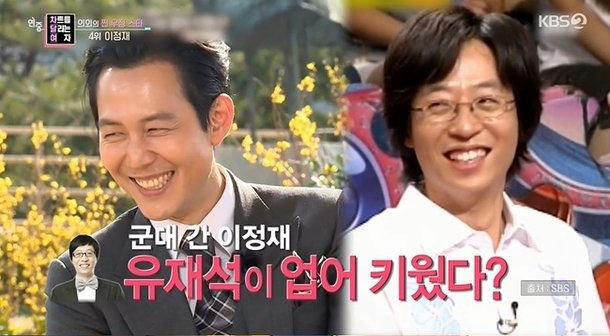 Won Bin and Jung Jong-chul, who were both born in 1977, came in third place. The two became close through their common interests which are soccer and soccer games. When asked if he often contacted Won Bin, Jung Jong-chul said during his appearance on “Happy Together” in the past, “Back when we still haven’t talked much, we said “Let’s get together” and filmed the movie “The Man From Nowhere.” After filming that, he and I became acquaintances.” Currently, Jung Jong-chul has become close friends with Ryu Seung-ryong through their common interest in carpentry. 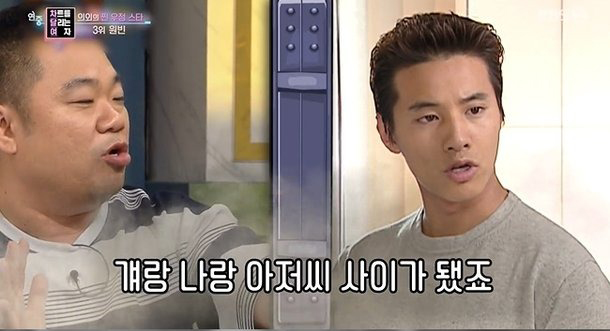 In 2nd place are Lee Jung and her special relationship with her father’s 50-year friend, Dr. Oh Eun-young, since childhood. Lee Jung said earlier, “I used to call her auntie when I was young. When I was a baby, I took an IQ test at Dr. Oh Eun-young’s hospital. When I saw her analyzing the data about me, I thought she was a doctor and called her doctor since then.” 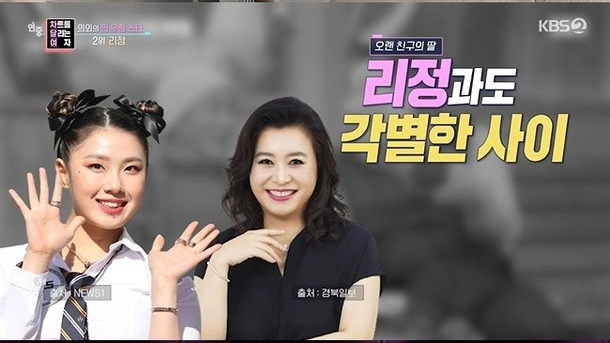 Shin Dong-yeop, who topped the list, has been having a special link with Yoo Hee-yeol as a senior and junior at elementary, middle, and high schools to colleagues in the entertainment industry. The two even participated in the broadcasting club’s activities when they were students, and Shin Dong-yeop, who became a comedian first, invited Yoo Hee-yeol to appear as his regular radio guest to enter the broadcasting world. After that, Yoo Hee-yeol has officially debuted as a singer. 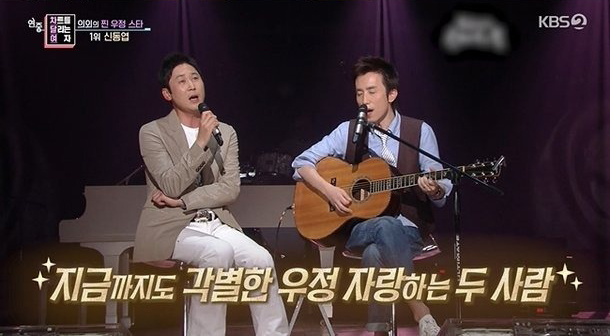 In the “SNS News” section, the story of Hyun Bin and Son Ye-jin couple, who drew attention on SNS, from their wedding to honeymoon was re-examined. The couple recently appeared at the airport to go on their honeymoon to the U.S. They appeared at the airport separately at first as if conscious of the reporters, but showed their sweet affection to each other after arriving at the departure hall.

After that, arrived at an airport in LA, and countless fans gathered to see them. Son Ye-jin was stunned by the sudden crowd requesting a photo from them, and Hyun Bin was seen protecting Son Ye-jin even while talking on the phone.

Bin-Jin’s wedding, which heated up SNS platforms, continued to be celebrated by fellow celebrities Oh Yoon-ah and Um Ji-won, and the designer of luxury brand V also said on their official SNS, “Congratulations on the wedding of a talented young couple. May happiness be with you in your new life.”

In addition, Boom and Sleepy, who got married on the same day, the wedding of Kim Tae-hyun and Mija, daughter of actor Jang Kwang, and Park Gun and Han-young couple, who are about to get married on April 26th, were also mentioned. 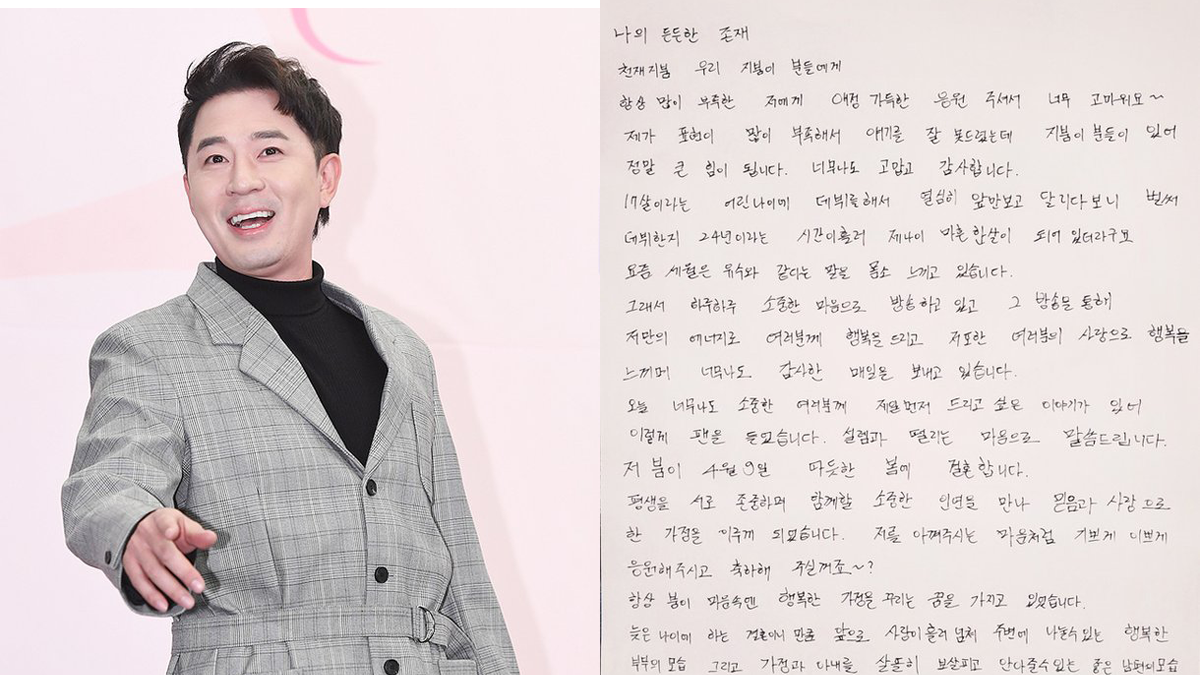